The 2019 Inter-Pacific Exchange is being hosted by Hong Kong, June 30-July 13. Teams from Hong Kong, New Zealand, Canada, and Australia will join the United States team for two weeks of training, competing, and cultural experiences. Follow along with team members as they recount their experiences. Team member Ella Groner of the Maryland Region sent in the final recap.

Tuesday, July 9th was a day at the beach. We started the day by leaving the hotel and heading to the Sai King Country Park in Sai Wan. Once we arrived, we hiked about 45 minutes in some major heat and humidity. We were so excited and relieved when we finally got to the end of the trail and it opened up to a beautiful, empty beach! After a couple hours of playing in the water, laying on the sand, and exploring, we had lunch. After lunch, we took a short hike to get to some rock pools. These are sections of fresh water which are surrounded by rocks. The water was so cool and refreshing. It was so much fun to be able to jump off the rocks into the water. When it was time to leave, we all took motor boats from the beach back to the city. This was so much fun (and definitely better than hiking back out!), there were so many waves and the boat went super fast! Tuesday evening, despite everyone being exhausted (and super sunburned) we all gathered to do one more quiz session. This time, each scramble team came up with questions to ask all the other teams. Just as the first round of quiz went on Saturday night, the White Tigers won again (Nicole and Cooper’s team). Overall, Tuesday was probably one of the most fun days of the entire trip!

Wednesday, July 10th, we unfortunately all woke up feeling a bit of a cold (except Ema who got up and worked out). On the trip, some of the other teams had people get ill, and with that in mind, our main focus was to keep ourselves healthy before the big competition! Luckily for us, Wednesday morning was a free day. So, we took our time getting up and having breakfast. Cooper, Ella, and Nicole went off to the Sha Tin Plaza Mall to do some final exploring while others just rested. Wednesday afternoon was when we got to head back out to Beas River Stables and do our jumping trials for the Nations Cup. As a team, we were given four horses. After reading very short horse descriptions and some discussion with the Hong Kong team (because they knew the horses) we assigned each other to a horse to try. We had 1 hour to get to know our four horses. Each horse was limited to 12 jumping efforts, but luckily, we knew right from the start which horses would match best with each rider. We had a successful jump school, followed by some barn/stall decorating. Then it was off to dinner and bed before the big competition!

When we woke up on Thursday, July 11, Ella and Cooper were feeling better, but unfortunately, Kaylee was still under the weather. She rallied enough to make it out to the stables, but once we got there, we weren’t sure that she would be able to ride. After some last minute shuffling around, we had figured out a way for Ema to ride twice, once on her assigned horse, and again on Kaylee’s horse incase Kaylee wasn’t feeling better. We were so happy to see Kaylee walking down to the ring, dressed and ready to hop on and compete for the Nations Cup.

Cooper was the first to ride, he had an unfortunate rail at the last fence, but was a great trail blazer for our team. Ema was next in the ring with a clear round, followed by a clear round for Ella and her horse Any Chances. Finally, Kaylee was up. We were all crossing our fingers and toes for a clear round, and she did it! We were tied for first place with Team New Zealand heading into round two on a score of 0 (they use the best 3 scores).

Round two started off with a super clear round by Cooper, followed by Ella with another clear round. The pressure was on as we had our last two riders still to go. Kaylee was third in the ring, and produced a beautiful, clear round. We were so happy that she was able to feel strong enough to ride with us in the Nations Cup. With three clear rounds, we were guaranteed 1st place, AND still had 2 rails in hand. Ema was the final US rider for round two, and despite having two rails, still had a great round.

As riders, it was hard for us to really know our horses. With only one short ride and a brief description, we weren’t sure how they would handle the extreme heat along with two jump courses. Most of the horses are used for lessons and are not used to competing and jumping multiple competition rounds. We were fortunate enough to have fantastic horses for the jumping rounds, and we are also very thankful for our amazing coach, Nicole, and manager, Janna who both offered great advice and expertise (as well as calming words of wisdom) while in warm up.

Thursday evening we took a boat ride out to a boat club where we had an excellent dinner and fun dance party with the other teams. We are so sad to be heading home, but so thankful for the amazing opportunity we had.

Friday morning, July 12, we left super early for the airport and have now started the long trek home.

The Nations Cup competition has been occurring every 2 years since starting in 1967. The USA won it in 1973 and 2003. We were definitely due for a win!

We would like to thank all of our sponsors and supporters who helped get us to Hong Kong. Hound and Hare donated the saddle pads we used for the Bauhinia Cup dressage competition (and gave as owner gifts). IRH donated helmets to all the team members. Arias Whips donated our USA themed jump whips. Breese Pin Band donated bracelets at a discount that we could sell for fundraising. C4 donated belts at a discount that we could sell for fundraising. And thank you to The United States Pony Clubs, Inc., specifically Erin Woodall and Katie Graham who donated so much time and effort to help organize us all before the exchange. 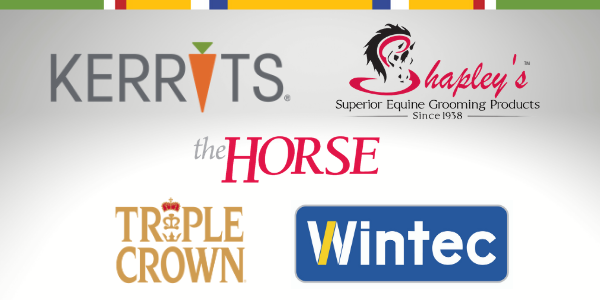 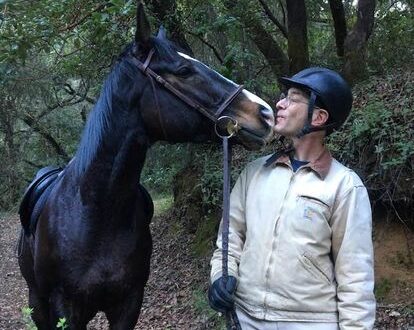 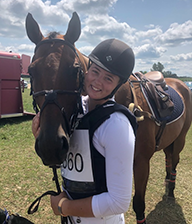