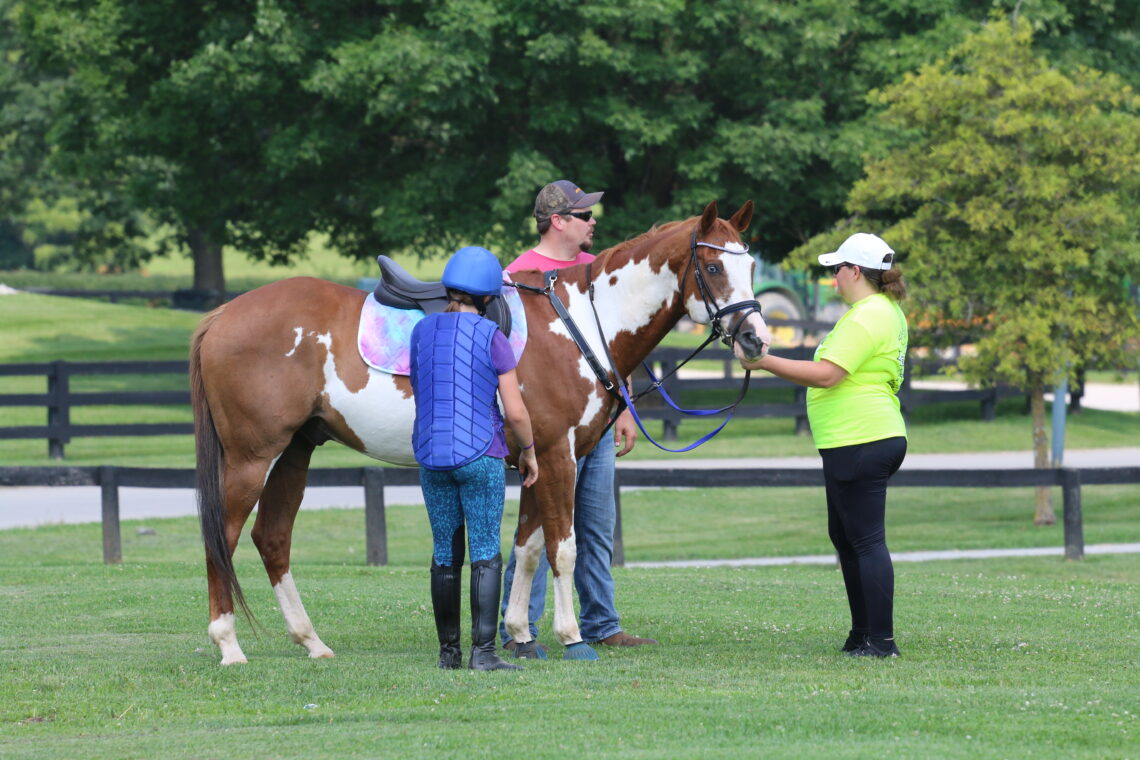 As Pony Club parents, many of you bought your child a horse or pony, which may have led to a trailer, which may have led to a bigger truck, which of course means better insurance… And you’ve already had to buy a saddle, probably more than one bridle, several blankets, buckets, brushes, boots (for the horse and child), and several articles of clothing for schooling and competition. The list truly never ends. On top of it all are the Pony Club dues and lessons and trailer-in fees. What more can a Pony Club parent possibly be expected to do?

For starters, thank you so much for everything you have already done. Being a Pony Club parent is possibly the most important “job” to be found in our whole organization. The reason for being a Pony Club parent is the same for every one of you; you have a child who loves horses and wants to be part of this great organization. For many of your children, horses and riding are a hobby; something of interest in which you hope for their safe and fun participation, even if for a short chapter of their lives. For others, horses and riding are a passion; these children have a gift, regardless of their rating level, age or any possible limitation, they will have “it” for a lifetime.

A Volunteer Organization
What else do all Pony Club parents have in common? You have the ability to give something special to this great organization – yourselves. Of all Pony Club parents, only a fraction are a club, regional or national officer. However, this is only one of a multitude of ways in which parents can (and should) be involved. The United States Pony Clubs is a volunteer organization. Let me say that again; THE UNITED STATES PONY CLUBS IS A VOLUNTEER ORGANIZATION. Not every parent has the time, ability and desire to serve as an officer, but every parent can do something helpful. I will take this one step further and say that every single parent should do something helpful. Your child is getting an irreplaceable experience by being a member of Pony Club. And you, as a Pony Club parent, have a wonderful opportunity to give back to the organization that is doing great things for your child.

Your child’s experiences in Pony Club could not and would not be available if not for the generous efforts of many volunteers. In fact, many of the volunteers whose work directly benefits all members are people your child will never even meet. The Standards of Proficiency have been a part of USPC since its beginning. The concept of Championships began as National Rally almost as long ago. Without volunteers, neither would exist. The disciplines available and the rules to guide them are all because of volunteers. From the very beginning of the organization, clubs, regions and the national organization have been managed by volunteers. Almost all of these volunteers were at one time, Pony Club parents, just like you; many of them still are.

Helping Locally
It’s often been said that in many organizations, 20% of the people do 80% of the work. Not only is this unfair to the 20% who carry the work load, but it’s also unfair to your child. While you may not be qualified to safely teach riding or horse care, it is true that no one has your child’s best interest in mind as much as you do. Therefore, you have the best opportunity for ensuring your child’s happiness and success in Pony Club. Since most early Pony Club participation is at the club level, what can a Pony Club Parent do there to help? Locally, Pony Club Parents can help by becoming an active Club Sponsor. Helping organize fundraisers, developing and maintaining a website, creating promotional materials and assisting with membership recruitment are all ways even “non-horse” parents can get involved. Coordinating schedules for meetings, contacting landowners regarding land use and completing necessary insurance requirements are other ways Pony Club Parents can serve their child’s club in a meaningful way.

Helping Regionally
At the regional level, many of the same volunteer opportunities exist, albeit sometimes on a bit larger scale. Extra help is almost always needed during a rally. Just be sure to ask in advance if your job will require training so you are prepared, not overwhelmed. If your region holds a camp or an national-level certification, something as simple as keeping water coolers filled or ordering and distributing lunches for members and other volunteers can be a tremendous contribution to the event’s and members’ success. Providing transportation for a clinician or judge is another great way to help, especially if your route takes you near the airport. This can even provide a special educational opportunity for you if you are a rider yourself; if not, speaking with such people can provide a wonderful perspective for Pony Club parents who haven’t yet experienced the challenge of a national testing with their own child.

Helping the National Organization
At the national level, there are still other ways to volunteer your time. National events such as Championships and the Equine Symposium & Convention hosted by USPC typically require endless hours of volunteer duties. International exchanges are another special opportunity both for members to participate and Pony Club parents to volunteer. The USPC Board of Governors, the body that determines the philosophical direction of the organization, is composed of all volunteers, as are the many national instructional and activities committees. Above all this, probably the biggest collective contribution of Pony Club parents to USPC is by volunteering at the club and regional levels, because without these, USPC can’t exist.

Volunteering is a wonderful opportunity to “pay it forward” and be a part of your child’s life and a positive influence on other children as well. If you haven’t gotten involved yet, I hope you will give it a try. Just think of it as a way to give something back to an organization that has given so much, to so many for so long. There are so many ways for a Pony Club parent to “do” for Pony Club, which is here to “do” for your child. 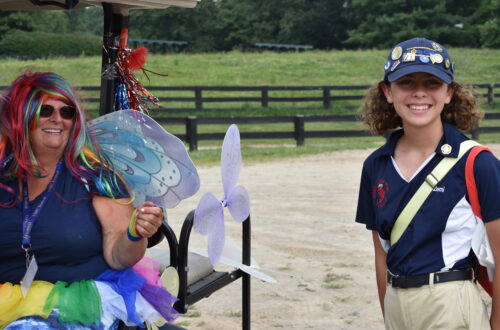