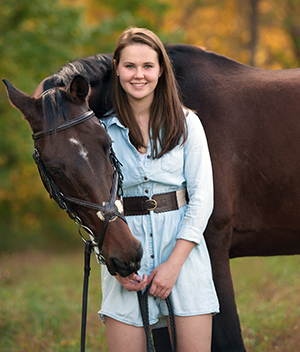 Adeline is an incoming member of the National Youth Board, serving as the Vice Chair. She is a B traditional from the Metropolitan Region. At the College of William and Mary, she is majoring in Neuroscience, minoring in Sociology and has a concentration in Pre-Medicine. At school, she is the Vice President for her sorority, Kappa Kappa Gamma. Adeline has been an active USPC member since 2008, doing a little bit of everything from rallies to youth boards to being an examiner up to the D-3 level. She also attended the 2016 National Youth Congress. She has competed in eventing up to the Preliminary level and spent two summers as a working student. Adeline accredits almost all of the opportunities she has had to the experiences that Pony Club has given her, and hopes that eventually she will be able to give back almost as much as she has gotten out of this organization.