As we all know the 2016 Rio Olympics are in full swing. Thanks to USPC staff member, Jenny Van Wieren-Page, we can share a few awesome Q & A articles with some of the US Dressage Team members who are Pony Club Graduates!

Traditionally when you think of Pony Club Alumni who go on to become Olympians you think of the sport of Eventing. While, that may still be true, many Dressage Olympians also have a history of beginning with Pony Club. The 2016 US Dressage Olympic Team has two athletes (Kasey Perry-Glass and Allison Brock), Chef d’Equipe (Robert Dover), a groom (Holly Gorman- sister of Kasey Perry-Glass) and Team Leader (Hallye Griffin) who all started their equestrian career with Pony Club. The following are some interesting insights from former members, Robert Dover and Hallye Griffin as well a what they are most looking forward to at the 2016 Rio Olympics

What is the most useful skill you learned in Pony Club that you have used during your career in riding, coaching and still use today?
Dover: I learned total horsemanship, from grooming and care to riding many styles. It was great!

As the US Dressage Chef d’Equipe do you see a need to increase the relationship with Pony Club and Olympic /FEI discipline affiliates?
Dover: I have been very intent on creating a stronger relationship with the USPC for the benefit of both organizations. I want to strengthen our pony division and believe we can work together.

What advice do you have for current Pony Club members?
Dover: I think that current PC members could gain a lot from seeing where the bar is in the particular genre of riding they are interested and then ensuring they are getting the best possible instruction.

What accomplishment in your career are you most proud of?
Dover: I am proud of many things but mostly the longevity of my career with many medals, winning in Aachen and having our national anthem played as our flag was raised in front of 65,000 people there, and founding the Equestrian Aid Foundation 20 years ago. I am also very proud and honored to have been the Chef d’Equipe/ Coach for the United States for the last 3 1/2 years and seeing the athletes thrive and become stronger with each year.

What lessons did you learn in Pony Club that have helped you in your career today?
Griffin: Be organized, a team player and good horseman!

What is your favorite Pony Club memory?
Griffin: Hmm…this one could be very funny. Maybe wearing plastic bags over our boots to our Formal Inspection at Rally. Or being a member of the ‘Space Cats’ Mounted Games Team…or water fights after Rally!

What was your favorite Pony Club discipline?
Griffin: Eventing

As the Managing Director of Dressage for — USEF, do you see a need to increase the relationship with PC and OG/FEI discipline affiliates?
Griffin: Most definitely! Pony Club is a great resource and I think there are lots of opportunities for us to work together.

What are you most looking forward to for your first Olympic Games?
Griffin: Providing the support necessary for the USA Dressage Team to put forward the best possible performances!

Be sure to tune in to watch all the coverage of the Olympic Games and cheer on all the equestrian athletes: https://www.rio2016.com/en/equestrian 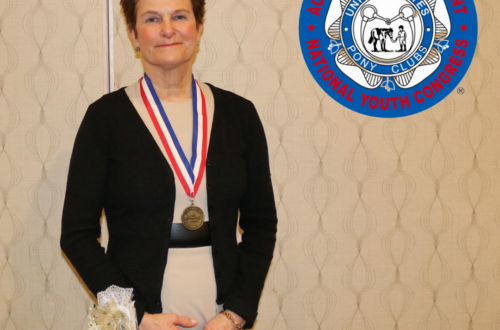 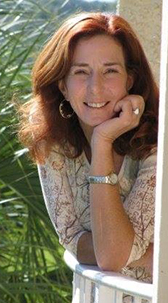